Mount Olympus Greece: The mountain of the Gods

Mount Olympus is the mountain of the Gods. This mountaintop in Greece is a popular tourist destination for people looking to hike, explore ancient mythology, and experience the beauty of nature. It has been said that mount Olympus was named after Zeus, who was known as “Olympios” before he became king of Mount Olympus. The ancient Greek word Olympos translates to “high place.”

Mount Olympia is a rocky formation formed by sediments accumulated in shallow ocean waters and dated back to about 200 million years. Diverse geologic phenomena followed, causing the formation of this whole area and the sea. In about a million years ice-covered Olympus, causing plateaus and depressions. In the years following high temperatures, ice was melted and the water swept away the crushed rocks in the lowest spots. This form is known as alluvial fans and spread across the area from the top of the mountain to the sea.

The complicated geological history reflects the morphology of Olympus National Park’s landscape. Features include deep gorges and dozens of smooth peaks, some of these at altitudes exceeding 2,000m. But the central, almost vertical mountain ranges attract visitors. In the town of Litochoro at the top, the elevation of the mountain appears as v between three peaks with a relatively equal width.

Mount Olympus is situated in the Olympus Range. It is in the northern Greece region. For the best information, it would take around 6 hours to travel to Athens, the capital of south-central Greece. Located near the Airport Thessaloniki, there is easy access to the area. This town is about an hour’s driving distance from Litochoro – the main gateway city of Mount Olympus. Litochoro lies at the eastern foothill of this mountain, only some kilometers from the coast, formerly called the “city of the god”. It is logical.

Mount Olympus is like the other mountains. The history and myths about Mount Olympus are as important as the landscape. The mountain is the place where gods live. The Odyssey of Homer (6.42) mentions ‘Olympos’ as the home of the gods.

Mount Olympus is a mountain that Greeks considered sacred. The Greeks were right to think so!

The mountain of the Gods: History and Mythology

The immense Mount Olympus is located in Greece and is often referred to as the mountain of the gods. This famous peak has a long and rich history steeped in mythology.

According to Greek legend, Mount Olympus was the home of the gods. The first ruler of Mt. Olympus was Cronus, who was overthrown by his son Zeus. After taking control of the mountain, Zeus and the other gods made it their home.

The mythology surrounding Mount Olympus is fascinating. The 12 Olympian gods were said to reside on the mountain, and each had its own unique domain. Zeus ruled over everything, Hera was the queen of the gods, while Poseidon was lord of the seas. The Gods Apollo and Ares were patrons of music and war, respectively.

It is believed that the first humans emerged from Mount Olympus as well. Prometheus was said to have stolen fire from Zeus and given it to humanity on a hollow branch. He also warned his son Deucalion about an upcoming flood by carving instructions for survival onto a rock before he fled into the mountains.

Modern History of the Mountain

Known by many as the highest mountain in the world, the highest peak in this mountain lies beneath false peaks called Myticas. The first attempt at the mountain was taken on August 13, 1913, by a group of climbers — Frederic Bouissonnas and Daniel Baud-Bovy. Since that point, many tourists visit the mountain every year although few climb its highest peak Mytikas and Stefani. Maybe a religious ascetic may have reached the summit first. The Prophets’ Church at Prophitis Elias on Mount Olympus was built at 2,900 m altitude in the 16th century.

Mytikas is the highest mountain peak of Mount Olympus, rising to an elevation of 2917 meters (9570 feet). The first recorded ascent of Mytikas was by a Greek mountaineer named Petros Orphanidis in 1913.

The Plateau of the Muses

The plateau, located at an elevation of about 2600 meters (8530 feet) on the southeast side of Mount Olympus, is a popular destination for hikers. One can enjoy panoramic views of the mountain’s peaks and valleys from here.

The Muses were the nine goddesses who presided over poetry, music, dance, and other arts.

Profitis Ilias is the second-highest mountain peak on Mount Olympus, reaches an elevation of 2872 meters (9450 feet). The first recorded ascent of Profitis Ilias was by a British mountaineer named Alfred Wills in 1864.

From the summit of Profitis Ilias, you can enjoy stunning views of Stefani, also known as the throne of Zeus, the Aegean Sea, and the surrounding mountains.

Mount Olympus is located in northern Greece, near the city of Thessaloniki. It’s part of the Olympus Range, including Mount Ossa and Mount Pelion.

At the height of over 9000 feet, Mount Olympus is no small mountain! It’s the tallest mount in Greece and one of the most prominent mountains in all of Europe.

The mountain is covered with the forest at its base (mainly beech trees), but it becomes rockier as you climb higher into the clouds. There are plenty of hiking trails that lead to Mount Olympus’ summit so that visitors can experience its beauty firsthand.

If you want a fun adventure, go to Mount Olympus. It is a place that will make you feel like an Olympian.

The climb to Mount Olympus usually takes 2 days and consists of one night spent at an Alpine refuge on its journey. Most Olympus mountains have no technical climbers but they are challenging in the end. This final portion of the climbing, from Skala mountain at 2880 meters to the peak Mytikas peak at 2916 meters is classified as YDS grade III cliff scrambling. Class III scrambling defines the above as: Scrambling with more exposure. Handholds are necessary. The rope should be accessible for climbing novices if you choose one on the first day but usually, it will be not needed at any point on the day.

The climb to Mount Olympus is not difficult for experienced hikers. Many visitors are novices who underestimate challenges and try to hike them unplanned and without maps. There are many easy steps to the trailhead and one of the most scenic gorges. You’re also able to walk a little bit of distance to the National Park parking area on several trails. An easy trek in Mount Olympus peaks is 2-3 days and consists of an overnight stay at a refuge in a forest.

Hiking mount Olympus can be a challenging but rewarding experience. There are many trails to choose from, each with its own unique beauty. One of the most popular trails leads to the peak of Mount Olympus, where you can enjoy stunning views of the surrounding countryside. If you’re feeling adventurous, you can even hike all the way to the top!

If you like hiking and challenging yourself, Mount Olympus is a good place to go. There are many trails to walk and climb up the mountain. But if you do it for the first time, make sure you do your research because it’s easy to get lost on some of them.

One thing you should not miss out on when visiting Mount Olympus is the opportunity to climb up on some of its peaks and enjoy a view that can be described as nothing less than spectacular.

Mount Olympus offers something for everyone, regardless of their fitness level or hiking experience. The weather conditions in Mount Olympus are harsh and changing rapidly, so it’s recommended you have the proper equipment with you before embarking on a hike.

What to do when you get there

Olympus is the tallest mountain in Greece. It is very high, one of the highest in Europe. There are many trails that will take you to different points with beautiful views of Greece.

Make sure your stay includes some hiking, as the trails are definitely worth it! If you’re an experienced climber, there are a few more challenging routes to take on.

No matter how much you have climbed before, you need to take water and food with you. Climbing can be hard. You will still get to the top, though. The view is worth it!

If climbing up to the peak sounds like a bit too much, you can always take it easy and do some low-level hiking along these trails instead!

If you are looking to climb Mount Olympus, there are a few things that you need to know before making the ascent. The first thing is that the mountain is not for beginners – it is a challenging hike that requires some climbing experience. Secondly, make sure you have enough supplies and water with you, as there are no places to buy food or drink on the way up. Finally, be prepared for extreme weather conditions – Mount Olympus can be very cold and windy, even in summer.

What is so special about Mount Olympus?

Mount Olympus has 53 peaks with deep valleys. Olympus was known in Greek mythology as the residence of Greece’s gods at the summit of Mytikas. Moreover, this region has exceptional biodiversity and rich flora. The park was founded in 1938 by Greek nationals as the first park in Greece.

If you want to do a hard hiking trip, Mount Olympus will be perfect. The mountain has many hard trails and also easier trails for people who haven’t done this before. Be prepared for all kinds of weather on Mount Olympus!

Mount Olympus is a beautiful place to visit, and my photography tries to capture the beauty of this amazing location. The views from Mount Olympus are incredible! I took many photos while visiting there during the summer. I hope you enjoy these pictures as much as I enjoyed taking them! If you’re looking for some great wall art or decorating ideas, make sure to check out each photo. All photos are available in high-quality prints. 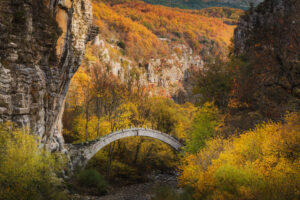